The Intense Baby
Surviving the life of a "High Needs" child & parent. 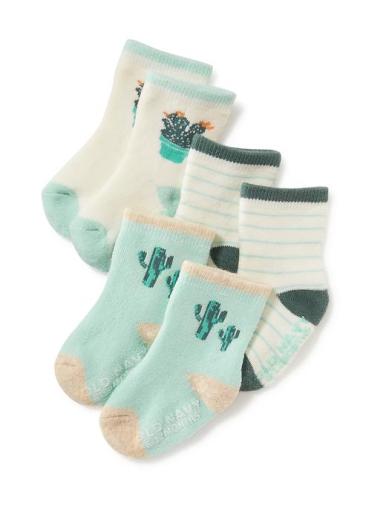 A new parent has a lot of questions in their head already and finding out that your child has club foot adds a million more. You can read guidance from the medical community for days but none of that really tells you what the day to day life will be like. Even community support groups give little insight on what you will struggle with daily having a club foot child. It’s important to remember, every day, that your child has unique needs because of this – even after treatment is “completed” and their feet look mostly normal.

There is a lot of regression when it comes to club foot treatment, so amongst other things you do daily like brushing your baby’s teeth and cleaning their ears you have to remember to stretch them and keep them in their braces. I have to wonder if the whole brace (Ponseti bar and shoes) thing really even works for anyone though?  Our experience has been that it was pretty much damn near impossible to keep the Habanero in his. Short of strapping his shoes on so tight they left marks on his little chunky feet nothing worked.

This last round of casting (at 11 months) he had was hard too because he kept taking his feet out of them. Even when they glued the cast onto his skin, he still managed to slip his foot out twice. His feet look pretty much normal at this point, with the only noticable differences being the position of some of his toes and one heel which is still not as prominent as the other.

That heel, is a constant struggle. Even though he meets the requirements for a treated club foot child, (he gets the appropriate angle of dorsiflexion on his feet) there is still some frustration related to his one foot. Shoes always slip off, and we’ve tried pretty much every kind of shoe there is. The only shoes we had that didn’t come off were the soft soled Bobux but those were really only good until he started taking steps and walking. Our daycare wants him to have close toed hard soled shoes for the playground and classroom so they aren’t really an option anymore.

If you know you have a club foot baby coming in advance, tell your friends and family not to bother buying baby shoes for you because you won’t get the chance to use any for the first 3-4 months while your child is in casts. And then, when they do come out of casts you’ll probably want to buy something that will stay on for times when they aren’t in the brace.

Clothing wise, because your baby will be casted up past their knee to essentially the top of their thigh you really won’t want to have anything but onesies for that first couple months. If you do decide to buy something pant wise – the footed pajamas in a size bigger than what your child wears will be helpful to have. These will attract much less attention than carrying a baby with both legs cast and reduce the amount of pity stares.

For socks you’ll probably want to find some that have little rubber grippy on the bottom of the sole, this will be useful when you are trying to keep your child’s feet in their correction shoes after the casting is done. Try to find longer socks, that go up pretty high to about the knee too, because the straps on the correction shoes go up pretty high and it will be more comfortable for baby. Old navy sells this kind of sock, that was the best place I could find for decently priced socks.

Posted by IntenseBaby in Club Foot

© IntenseBaby and https://intensebaby.wordpress.com, 2016-2020. Unauthorized use and/or duplication of this material without express and written permission from this site’s author and/or owner is strictly prohibited. Excerpts and links may be used, provided that full and clear credit is given to IntenseBaby and https://intensebaby.wordpress.com with appropriate and specific direction to the original content.